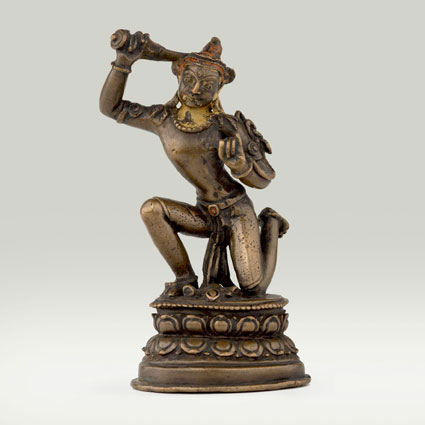 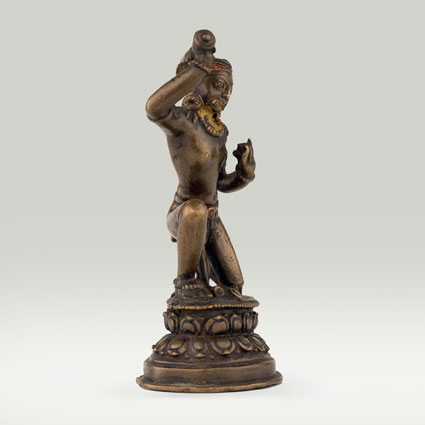 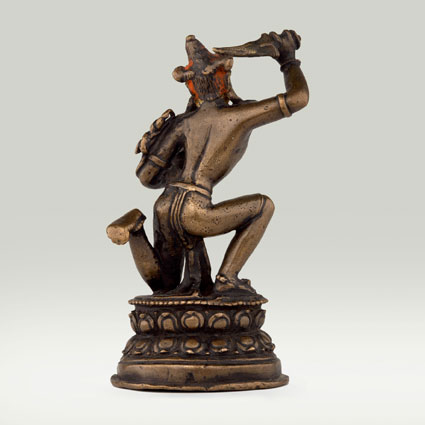 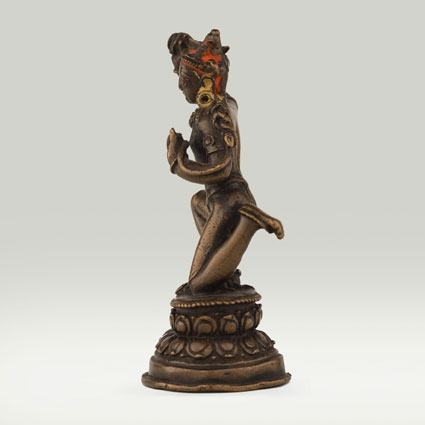 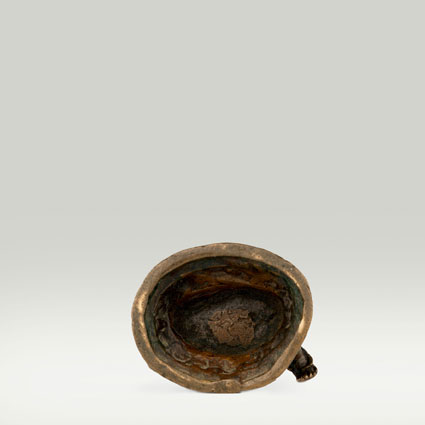 Description
Iconography
Cast in one piece: figure solid, pedestal hollow.
The garment is decorated with dotted textile pattern.
The face has traces of painted cold gold and the hair has remains of a red pigment.
The bottom of the pedestal is not sealed.

The fearful three-eyed form of Acala (Tib. Mi gyo ba), resting on his left knee and right foot, is supported by a circular double lotus pedestal with an upper beaded border. Acala holds in the right uplifted hand his principal attribute the sword (khadga) as symbol of "cutting throug ignorance". He holds with the left hand, displayed in the gesture of exorcism (karana mudra) with the index finger erect, the noose (pasa), an attribute of mainly wrathful deities to catch the enemies of Buddhism. Acala is dressed with a cloth tied around the waist. He is decorated with jewelled ornaments, namely a pair of circular earrings, a beaded necklace, and ornaments at the upper arms, wrists and ankles.
Acala
Also known as Acalanatha, Aryacalanatha, Acala-vidya-raja and Candamaharosana. In Vajrayana Buddhism, Acala (alternatively, Achala or Acala) is the best known of the Five Wisdom Kings of the Womb Realm. Acala means "The Immovable One" in Sanskrit. Acala is also the name of the eighth of the ten stages of the path to buddhahood.