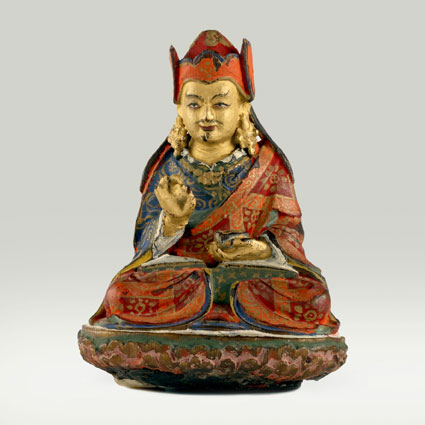 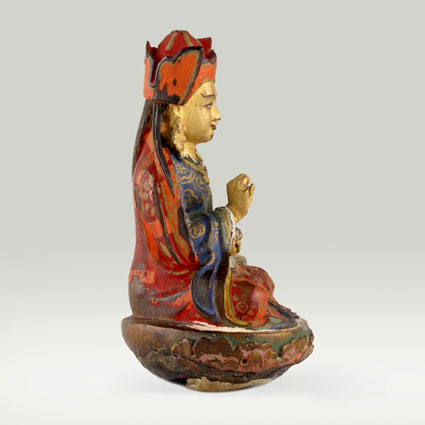 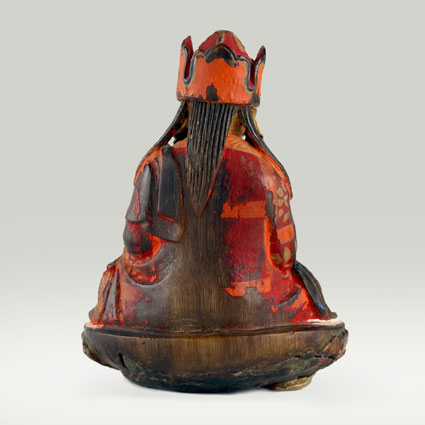 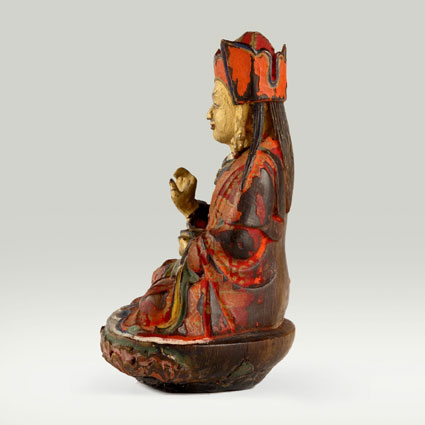 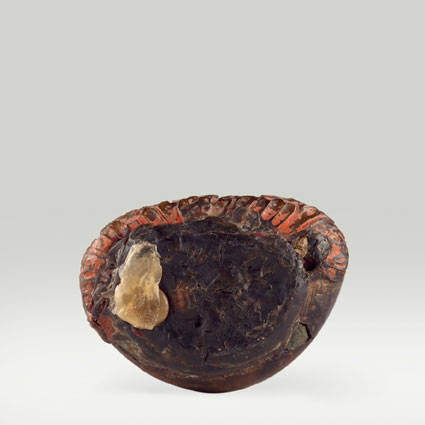 Description
Iconography
According to Tibetan legend, the most important person in the transformation process of the pre-Buddhist beliefs into Buddhist ones was the famous tantric practitioner Padmasambhava from U iyana in North-Western India, who lived during the 8th century and who was invited to Tibet by king Khri srong lde brtsan («trisong detsen») (r c. 755–797).

Padmasabhava "born from a lotus " (Tib. Padma 'byung gnas) is seated in the diamond attitude (vajraparyanka) on a single lotus pedestal. He holds in the left hand, resting in the lap, an alms bowl (pâtra). The seperately cast ceremonial ritual staff (khatvanga) originally leaning against the left shoulder is lost. Padmasambhava is clad with a voluminous array of monastic garments (tricivara) and wears the typical cap surmounted here by the sun in moon crescent emblem.

Padmasambhava was a famous Indian tantric adept who lived in the eight century and who, together with Santaraksita and Kamalasila, was instrumental in the propagation of Buddhism in Tibet. The rNying ma school or “ancient translation school” is based on the teachings of the Padmasambhava, who was later deified of whom they worship eight different manifestations.
Biography