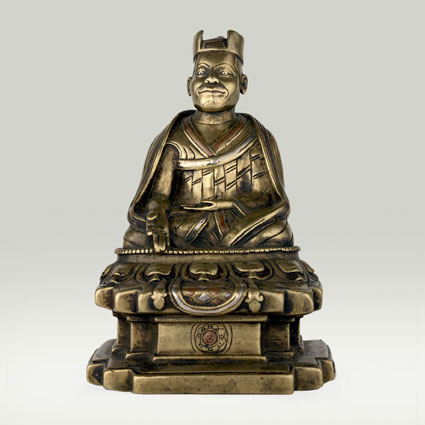 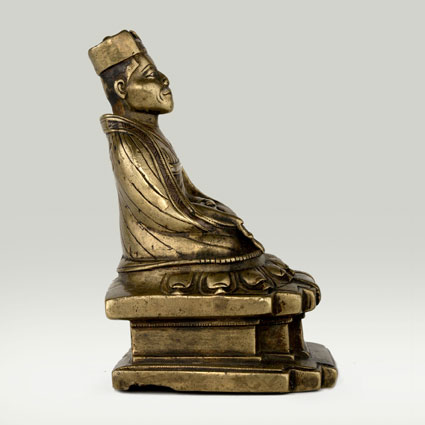 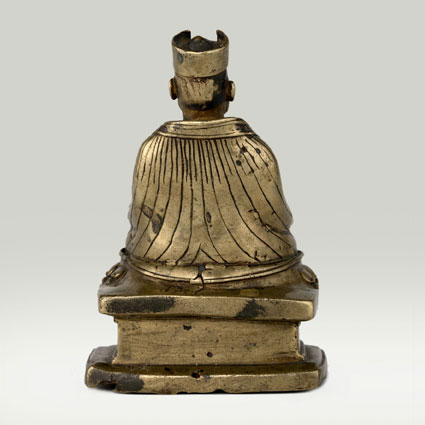 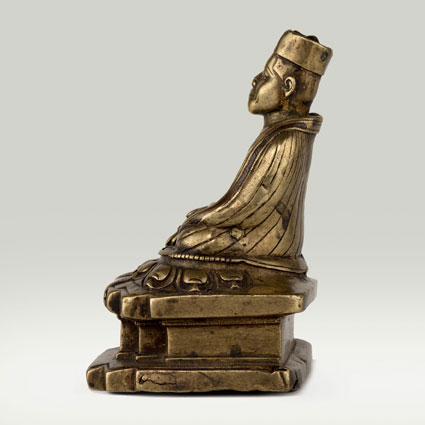 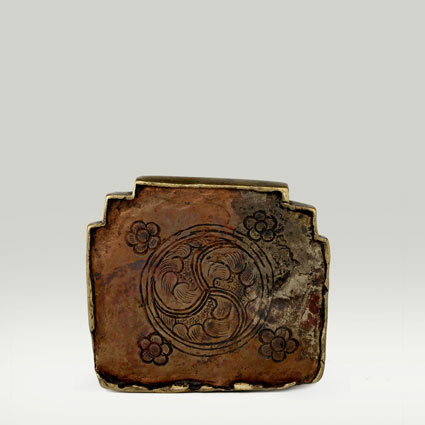 Hollow cast in one piece.
The image and the pedestal are inlaid with silver and copper emblems.
The bottom of the pedestal is sealed with a copper plate.

The uninscribed image with a portrait like face certainly represents Dus gsum mkhyen pa (1110–1193), the first Karma pa. He seated in the diamond attitude (vajraparyankasana) on a single lotus pedestal placed upon a graded rectangular throne. He displays with the right hand the gesture of charity (varada-mudra) and rests the left hand in the lap. The Karma pa is clad with a voluminous array of monastic garments (tricivara) and wears the typical cap of theKarma bKa’ brgyud tradition.