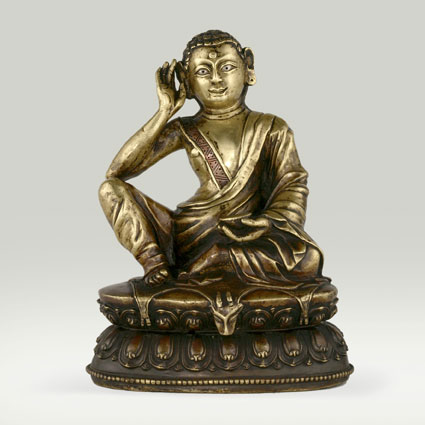 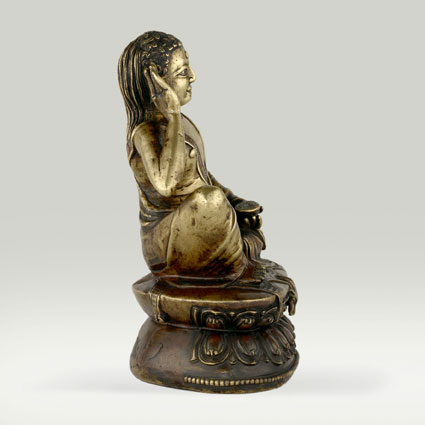 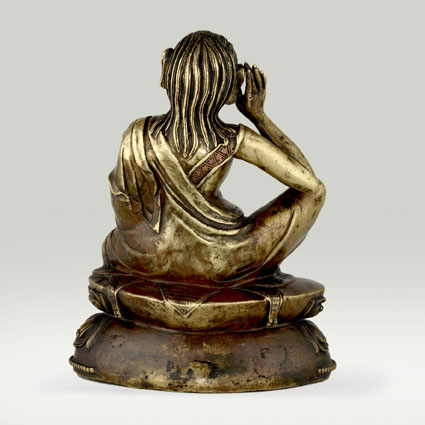 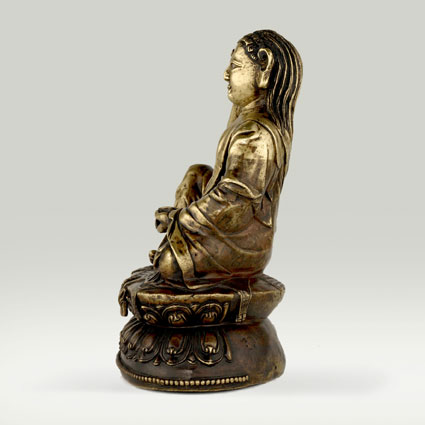 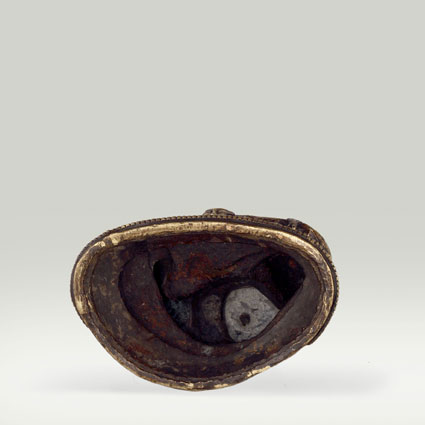 Description
Iconography
Hollow cast in one piece.
The eyes are inlaid with "silver" and the garment with copper engraved with ornaments.
The bottom of the pedestal is not sealed.

Mi la ras pa (1040–1123) was the principal disciple of Mar pa (1012–1097), the founder of the bKa’ brgyud tradition. Several minor bKa’ brgyud schools were founded by disciples of Mi la ras pa. He is seated in a unconventional attitude on the skin of an antelope (ajina) placed upon a double lotus pedestal. He is clad with a garment covering both shoulders and carries a meditation band over the right shoulder and across the chest. In his typical manner, he holds the right hand to the ear, while the left hand is resting on his left knee holding a skull-cup (kapala).
Biography