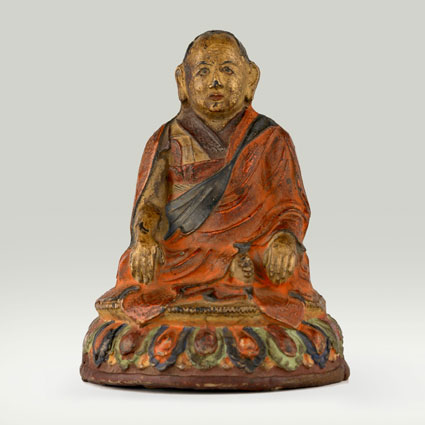 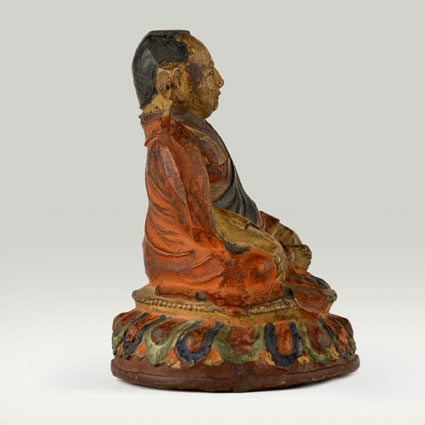 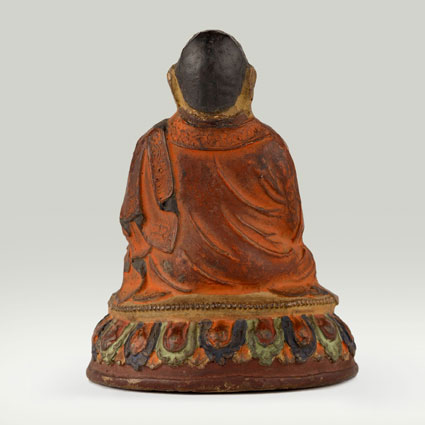 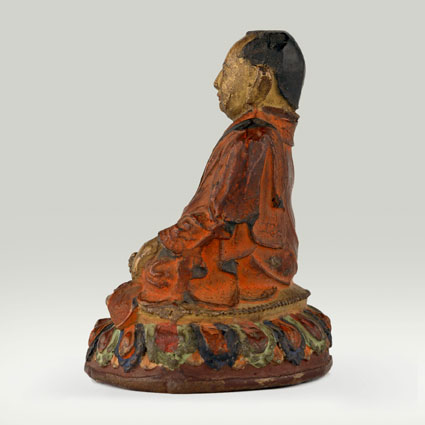 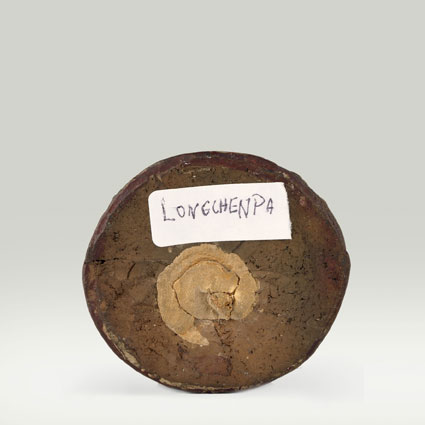 Klong chen pa («longchenpa») (1308–1364), also known as («longchen rabjam») “Infinite, Vast Expanse of Space”, was an important teacher of the rNying ma («nyingma») tradition who sytematized the rNying ma teachings in his compilation known as “Seven Treasures”. He was also a master of the Dzogchen practice.
Biography
(From Wikipedia, the free encyclopedia)

Longchenpa (1308-1364 or 69) Longchenpa or Longchen Rabjampa (1308 – 1364 or possibly 1369) was a major teacher in the Nyingma school of Tibetan Buddhism. Along with Sakya Pandita and Je Tsongkhapa, he is commonly recognized as one of the three main manifestations of Manjushri to have taught in Central Tibet. His major work is the Seven Treasures, which encapsulates the previous 600 years of Buddhist thought in Tibet. Longchenpa was a critical link in the transmission of the Dzogchen teachings. He was abbot of Samye, one of Tibet's most important monasteries, but spent most of his life travelling or in retreat.

Variants of name and title
Apart from Longchenpa's names given below, he is sometimes referred to by the honorary title "Second Buddha" (Tib. rgyal ba gnyis), a term usually preserved for Guru Padmasambhava and indicative of the high regard in which he and his teachings are held. Like the Third Karmapa Rangjung Dorje and Jigme Lingpa, he carried the title "Kunkhyen" (All-Knowing).