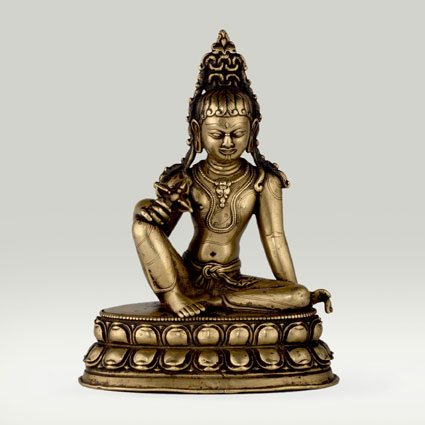 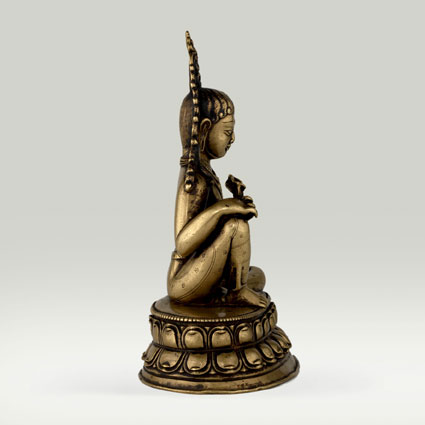 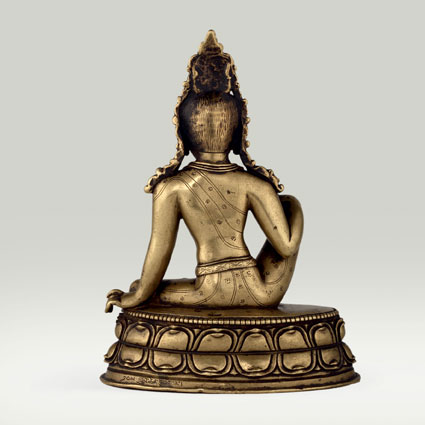 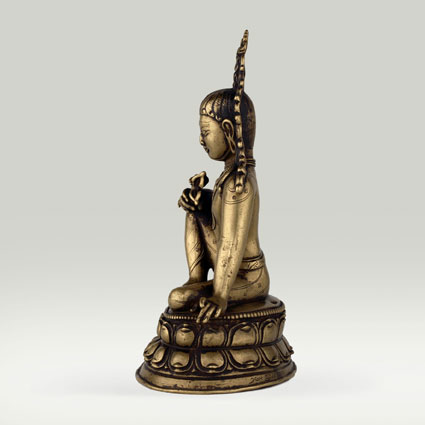 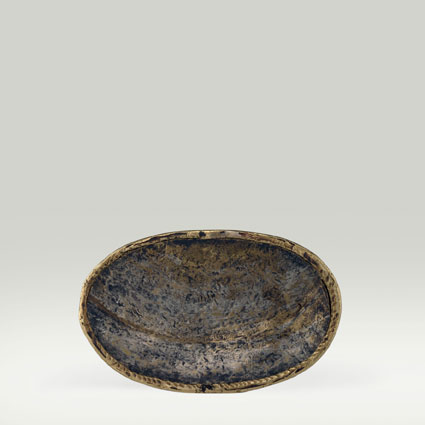 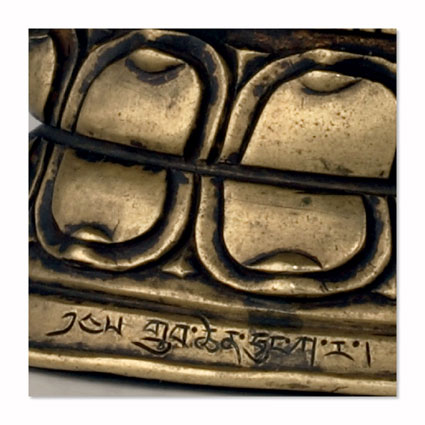 The Mahasiddha is seated in the attitude of royal ease (rajalilasana) on an oval, double lotus pedestal. In the right hand resting on his right knee he carries a Visvavajra. The left hand is placed on the rim of the lotus pedestal.

At the back of the pedestal is a short inscription in dBu can script:
// Grub chen hum ka ra//. "Mahasiddha Humkara".
Mahasiddha Humkara and the Yantra Yoga
Yantra Yoga is one of the most ancient and dynamic systems of yoga, first brought to the West by the Dzogchen Master Chögyal Namkhai Norbu in the 1960s. The lineage can be traced back through the Nepalese Mahasiddha Humkara who transmitted it to Guru Padmasambhava, the great master who first introduced the Vajrayana teachings into Tibet in the eighth century.

Humkara was a cowherd who noticed a master meditating in the forest and wondered why he should have to work, when the master apparently did nothing. He asked the master to teach him how to live without eating or feeling the cold in winter. The master refused because the teaching was about something much more important. Humkara was finally accepted and eventually became a great Mahasiddha himself.

Dudjom Rinpoche (ed.), 1991. The Nyingma School of Tibetan Buddhism, 2 Vols. Boston: Widsom Publ.. Pp.475-77: (humkara is holding in both hands, turned inwards and crossed over the chest, five pronged diamond sceptres (pancasucika-vajra). According to Amy Heller two vajras is the same as a visvavajra - Compare