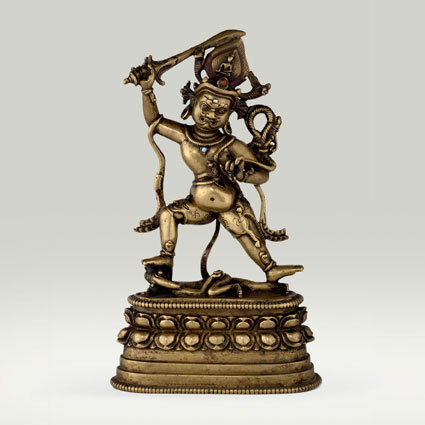 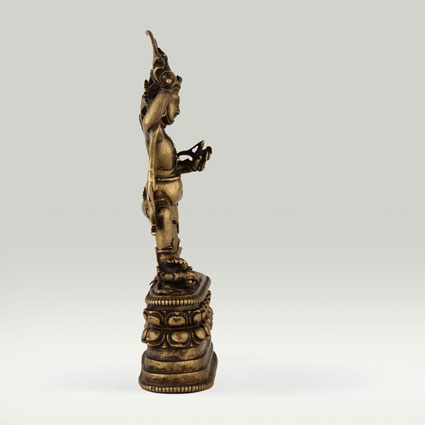 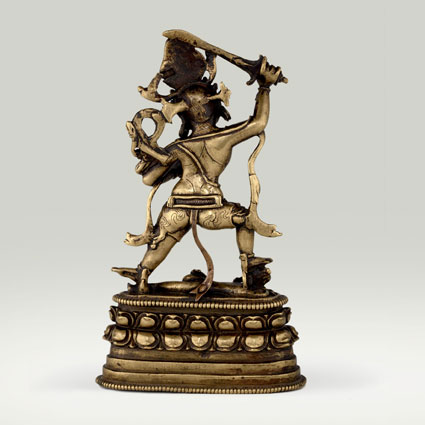 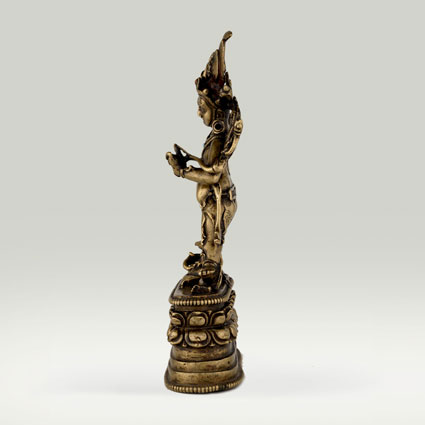 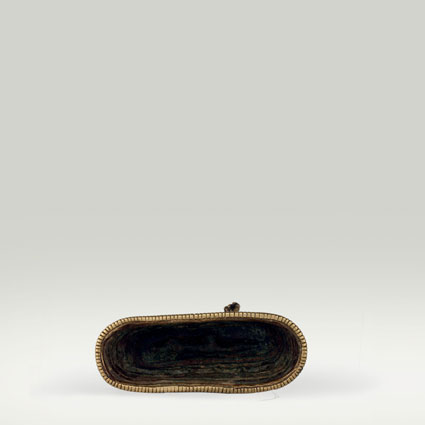 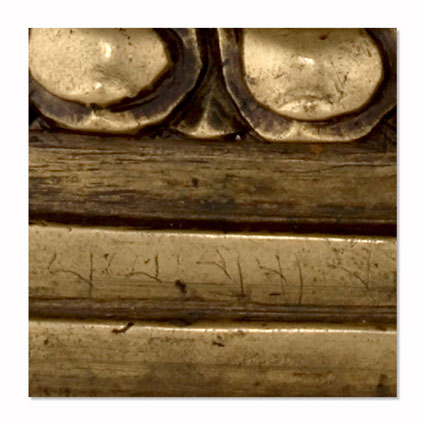 Description
Iconography
Hollow cast in one piece: figure closed, pedestal open.
The image is extensively inlaid with ‘silver’ and copper and decorated with engraved ornaments.
The necklace is inset with a turquoise and the central panel of the crown has an empty setting.
The hair has traces of a red pigment, which is an indication that this image was earlier under worship in Tibet. T
he bottom of the pedestal is not sealed.

The fearful two-eyed form of Nila Acala or “blue Acala” (Tib. Mi gyo ba sngon po) is trampling on the defeated Ganesa laid upon a double lotus pedestal and holding in the right hand an alms bowl (patra). Acala is stepping to the right with the right leg bent and the left straight (pratyalidhasana). He brandishes in the right uplifted hand the sword (khadga), and holds with the left hand, displayed in the gesture of threatening (tarjani-mudra), the end of the large noose (pasa) with a large loop attached to the left shoulder. Acala is sparsely dressed with a tiger skin (vyaghracarma) tied below the protruding belly. He is decorated with jewelled ornaments, namely with a five fold small crown in front of the prominent knot of hair with a small effigy of Aksobhya, a pair of circular earrings and a necklace with an attached pendant. The bracelets, the “investiture with the sacred thread” (nagopavita) and the anklets are composed of snake emblems. The image wears a ribbon-like scarf around the shoulders with the swirling ends hanging down on both sides. The cloth hanging down between the legs increases the stability of the image. The name Acala means “mountain” or literally “immobile”, and he is always shown in fearsome attitude and represents one of the ten Khroda protector deities in various Mandalas.