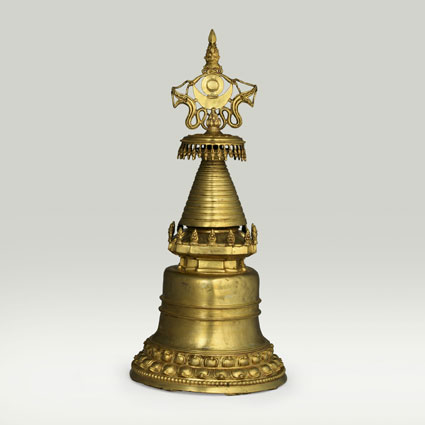 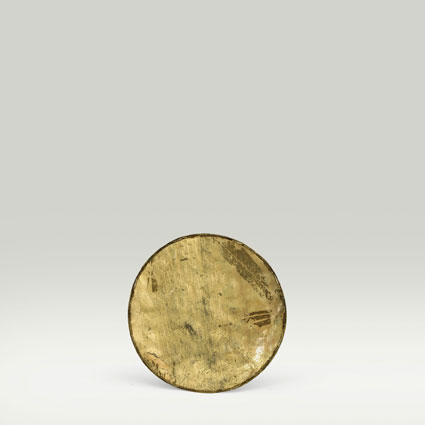 Description
Iconography
Gilt copper, partly repoussé: assembled from several parts.
The bottom of the Stupa is sealed with a copper plate.

This Stupa is known as Mahaparinirvana Stupa (Tib. bKa' gdams mChod rten) in memory of Shakyamuni's mahaparinirvanaat Kusinagara (Northern India). Among the ten thousand of Mahapari-nirvana Stupas of this type this is the only gilt known, one whereas all the others are cast in brass alloy and not gilt.

(Formerly von Schroeder Coll. 2008-02)
Introduction
Giuseppe Tucci wrote a very scholarly piece on stupas I was given many years ago. In the interests of simplicity (and avoiding copyright infringements) it is distilled as follows:
“There are two reasons stupas were built after the historical Buddha Shakyamuni died:
* To commemorate eight great deeds accomplished during his life
* To enshrine relics after he passed away.”