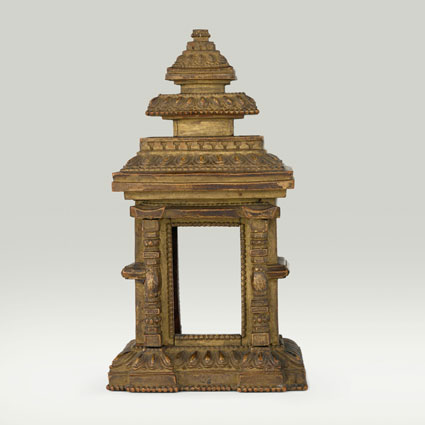 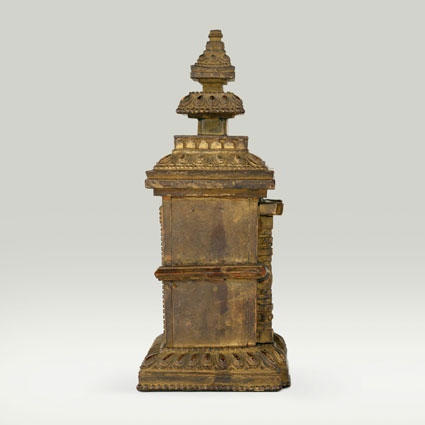 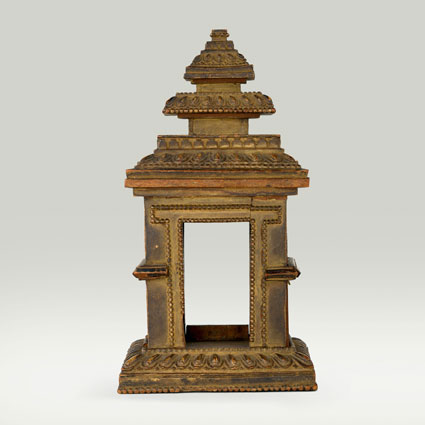 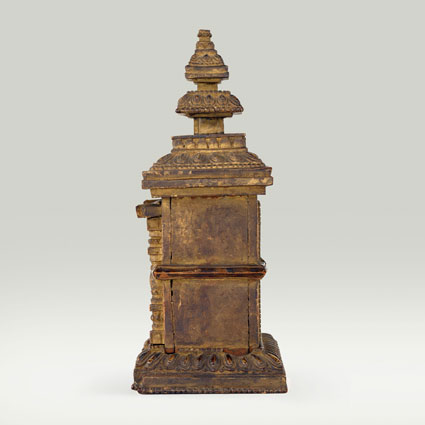 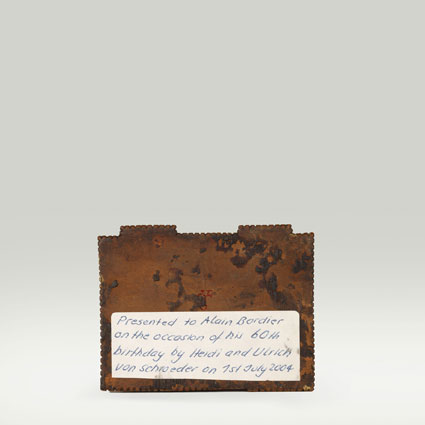 Sandalwood, assembled from several parts with traces of painted decoration.

This architectural model very likely represents a replica of a Buddhist temple originally situated in the sacred compound of the Mahabodhi temple at Bodhgaya (Gaya district, Bihar, N-E. India). Together with a large wooden model of the Mahabodhi temple, such as the Yongle period example in the Po ta la palace, 1 this temple possibly formed part of a multi-component replica of th whole sacred compound. The whereabouts of the other temple models of this set is not known. The whole group might have looked like those photographed in 1936 by Rahula Sankrityayana at sNar thang monastery in Southern Tibet.

Multi-component models carved of wood and each inscribed in Chinese with-character Yongle reign mark "Da Ming Yongle nian shi" were presumably part of the gift donated by the Yongle emperor (reigned 1403-1424) to Tibetan teachers and monasteries. The manufacture of these models might have been encouraged by the visit in 1414 of Pan chen Sri-Sariputra, the abbot of Bodhgaya, following an invitation by the Chinese emperor.
Mahabodhi Temple
(From Wikipedia, the free encyclopedia)