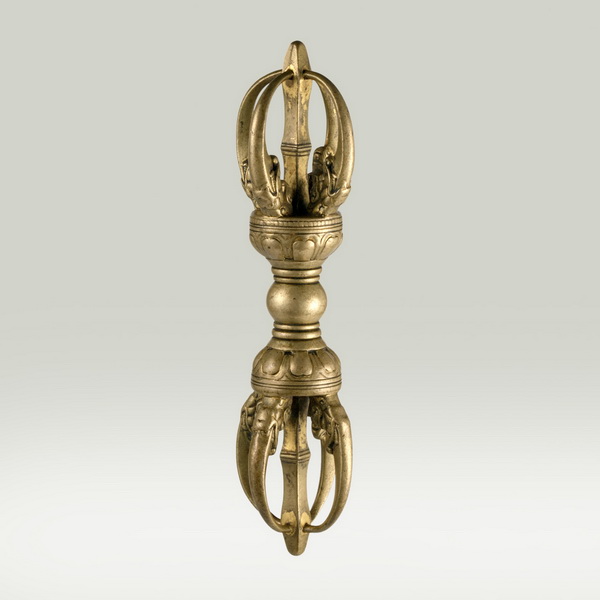 The vajra (Skt.), known in Tibetan as rDo rje («dorje») is generally interpreted as “diamond sceptre”. It symbolizes the male principle; the transcendent diamond, which cannot be destroyed. It forms a pair with the ghanta a “prayer-bell” that symbolizes the female principle.
Dorje
Vajras may have nine, five or three spokes. The spokes of a peaceful Vajra meet at the tip whereas those of a wrathful vajra are slightly splayed at the end. When paired with a bell their length can vary from four finger-widths to twenty-eight finger widths.