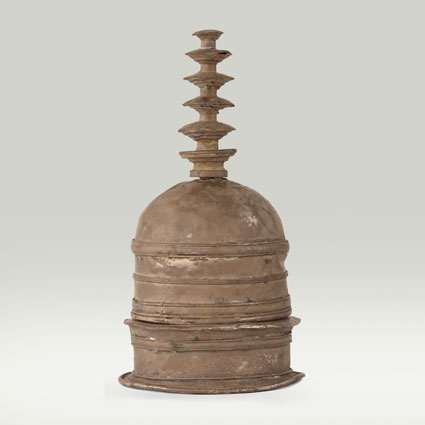 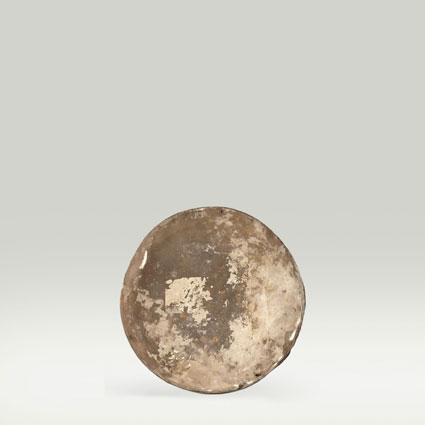 Description
Iconography
Made of embossed sheets of silver.

This stupa reliquary was excavated in the greater area of the Gandharan culture comprising large parts of Northern Pakistan and adjoining areas of Afghanistan. The Sanskrit term stupa (Skt.) / mChod rten (Tib.) («chöden») means “crest, top, summit”. It's a structure of a more or less hemispherical shape erected over relics; mostly associated with the death (mahaparinirvana) of Buddha Shakyamuni at Kusinagara (Northern India). The term stupa is synonymous with caitya (Skt.).