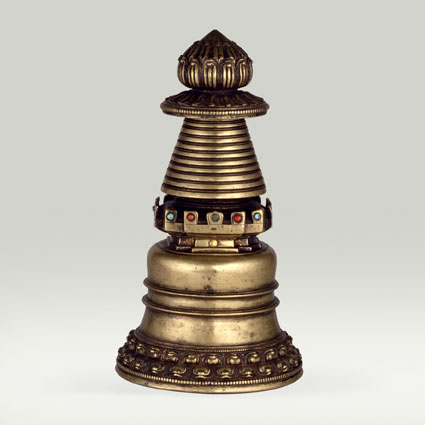 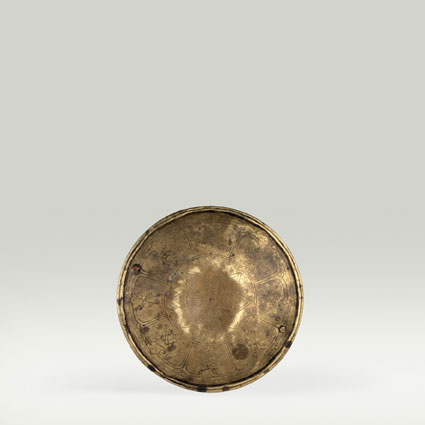 Brass hollow cast in one piece. The stupa is decorated with a few pieces of inset turquoise and one coral. The bottom of the stupa is sealed with a plate of brass decorated with engraved ornaments of the “Eight Auspicious Objects” (astamangala) (Tib. bKra shis rtags brgyad): wheel (cakra), parasol (chattra), banner (dhvaja), water-pot (kalasa), pair of fish (matsyayugma), lotus flower (padma), conch (sankha), endless knot (srivatsa), and in the centre the visvavajra emblem.