Avalokiteshvara surrounded by the life story of Buddha 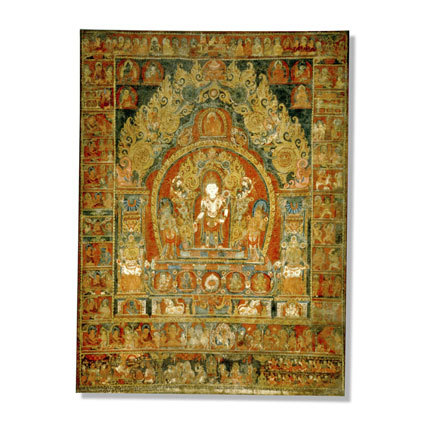 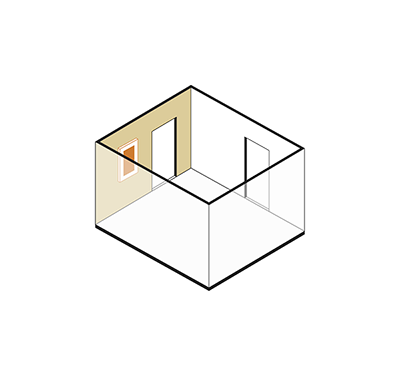 Description
Iconography
In the centre of this Newar painting executed in a very individual style is the white coloured Avalokitesvara flanked by a green coloured Bodhisattva on the left, and a rose coloured Bodhisattva on the right. Avalokitesvara is set off against a prabha-mandala decorated at the bottom by a pair of makara surmounted by a pair of “horned lions” (vyala) with a torana above decorated with two kinnara. The group of three Bodhisattvas is standing on an elaborately executed throne surmounted by a makara-torana topped by Garuda.

The centre composition of three Bodhisattvas composed like the entrance to a Buddhist shrine in the Kathmandu Valley is surrounded on four sides with rectangular panels commemorating events in the life of the historical Buddha Shakyamuni.

The lower register shows the donor, probably a Newar king with his entourage celebrating a religious festival in which memory this painting had been commissioned. The painting bears at the bottom a Newar inscription in Devanagari script dated Nepala Samvat 563 / 1442 AD.
Avalokitesvara
(From Wikipedia, the free encyclopedia)