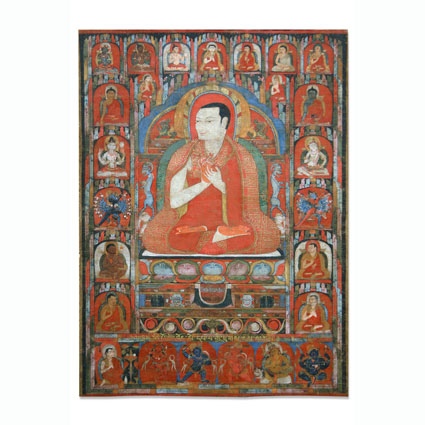 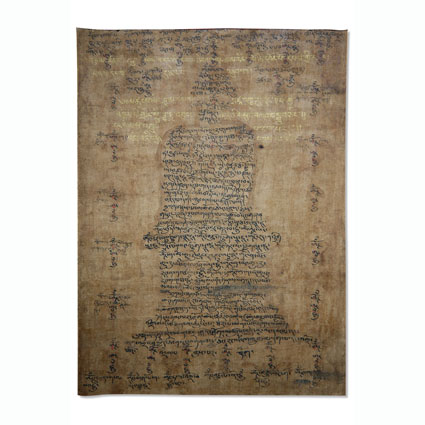 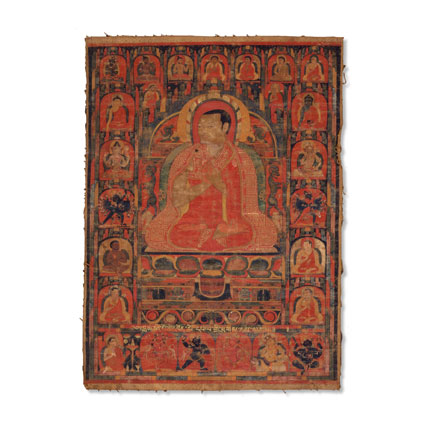 As a youth he was known as Wonpo Karpo (dbon po dkar po), which is probably just a nickname. While still in his mother's womb, his father went to visit Taklung Monastery (stag lung dgon), then in the process of being established. Taklungtangpa Tashi Pel (stag lung thang pa bkra shis dpal, 1142-c.1209), the monastery's founder, asked him if he could make an offering of his son.

As the child was growing up, Taklungtangpa sent him gifts of monastic equipment, like the monk's cloak, and gave the boy the name Rinchen Gonpo (rin chen mgon po). When he was thirteen, he was inducted into the monastic order as a novice. In that same year, the village people came to see him off on his journey to Tibet, and his mother said to him, "If you practice dharma, even if you cannot meet me again, it doesn't matter. Practice dharma!"

On the day of Kuyelwa's arrival in Taklung, the Taklungtangpa ordered extraordinarily formal welcoming ceremonies, and greeted the new arrival with gifts and polite inquiries about his health in the respectful form of speech Tibetans know as zhesa (zhe sa).

He soon entered into a six-year period of retreat, broken only when he visited the master, who gave him all the teachings, filling the vessel to the brim, as they say. He began to display signs of success in his meditation practices. At age nineteen he received the complete monastic vows.

When Taklungtangpa was about to die he gave him Pakmodrupa Dorje Gyelpo's (phag mo gru pa rdo rje rgyal po, 1110-1170) personal walking cane and rosary. Even more significantly, he entrusted him with the keys to the monastic library. He is often called the 'nephew' (dbon po) of Taklungtangpa, but probably only in the loose sense that he was a member of the same clan as the master, and belonged to the younger generation.

Kuyelwa was said to be a great teacher, capable of meeting the needs of a large variety of disciples. He was known for his foreknowledge and his miraculous cures of the blind and deaf. In 1224 began the construction of a huge chapel with eighty pillars that took a number of years to complete. He also supervised the building of several memorial stupas and images.

He adhered very closely to the teachings and practices that had been instituted by the founder of the monastery. He kept for himself the extra vow of never lying down to sleep. If people made offerings of weapons, he would immediately have them broken into pieces. He was very generous in giving alms of grain to the poor. When he first became abbot there were only seven hundred monks in residence, but this number steadily increased until it reached five thousand. Of this number, there were always around five hundred staying in sealed retreat.

As his death approached it is said that there were a number of unusual natural signs, like light rays, sounds, rainbows and earthquakes. At the same time, his personal horse came down with a serious case of mange (rngo). He continued his teaching activities until the very end.

As a final demonstration of his foreknowledge, during the year of his death he asked those intending to travel to remain in the monastery. He ordered his attendants to prepare a large amount of tea, sugar and wood for fuel. Of course he was preparing for the large number of people who would attend his funeral rites. When Kuyelwa's body was cremated his heart, tongue, eyes and one finger remained unburned, and there were very many relics.

Succeeding him in the abbatial chair was Sanggye Yarjon (sangs rgyas yar byon, 1203-1272).

(Dan Martin is a scholar based in Israel. He received his Ph.D. from Indiana University in 1991. Published August 2008)