Six-armed form of Mahakala with his entourage 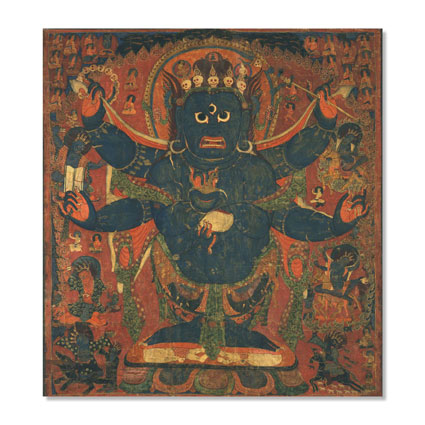