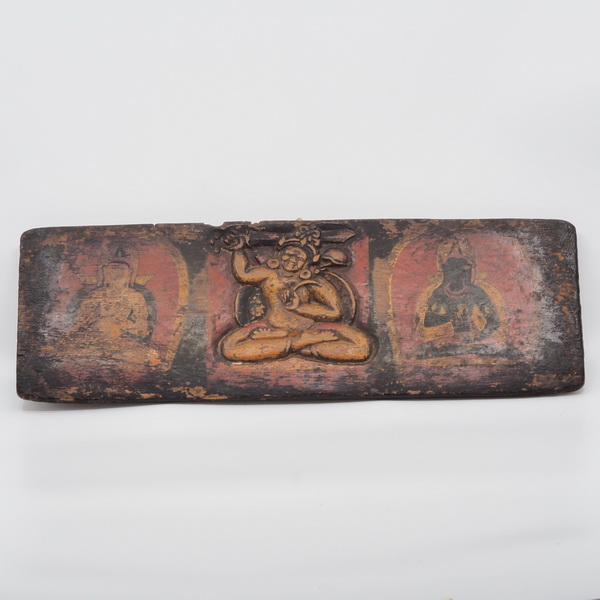 Description
Iconography
Wood; decorated with carved and painted Buddhist deities on the inner side.

The painting of the manuscript cover were likely illustrated by a Newer artist working for Tibetan patrons. The style reflects the influence ba the Pala tradition of North-Eastern India upon Nepalese traditions. However, the central image of Manjusri is likely the work of provincial Tibetan artist.
Manjusri: alternate name: Vajrananga Manjughosa
(From Wikipedia, the free encyclopedia)