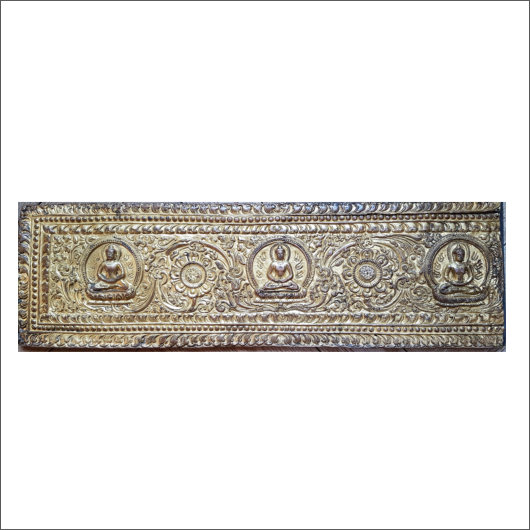 See it in the Museum
Chapel
Orientation 1
Wall object 7

Wood panel covered with a sheet of embossed and gilt copper.

A group of three Buddha images may also be associated with the Mahayanist perception of the three-fold essence of the Buddhas, the “three bodies” (trikaya), known as dharmakaya, sambhogakaya and nirmanakaya (or rupakaya). Another association my be the three-fold nature of Buddhism, namely buddha, dharma, and sangha. This example of the different meanings off number three in Buddhism serves as a warning against narrow definitions of symbols that exclude other possibilities.