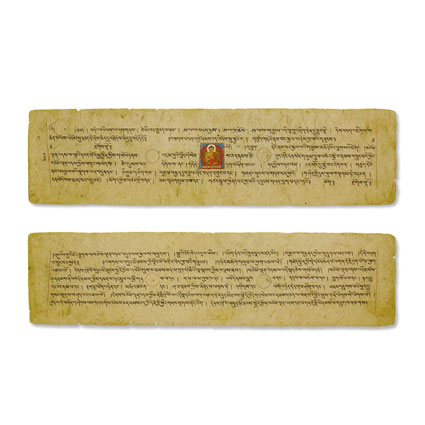 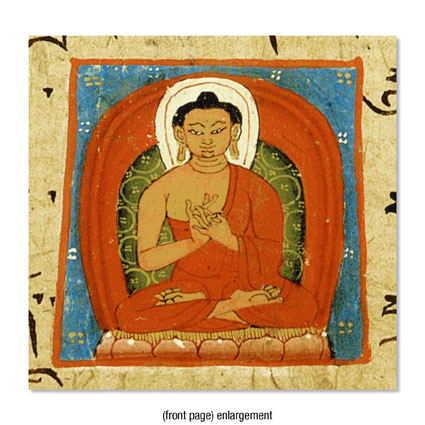 The folio is numbered on the illustrated side front side as Volume kha, page gya gsum (83).

On the numbered side of this folio is a miniature painting of Buddha Shakyamuni in the act of preaching. The Buddha is seated in the diamond attitude(vajraparyankasana) on a single lotus throne, and displays the gesture of preaching (dharmacakra-mudra). The red upper monastic garment (uttarasanga )is rendered without folds and covers the left shoulder only. He is backed by a green cushion, and is encircled by a red coloured aureole, the head is set against a white nimbus. The Buddha is placed against a blue panel decorated with flowers within a red frame.
THIRTY TWO MARKS OF A GREAT MAN