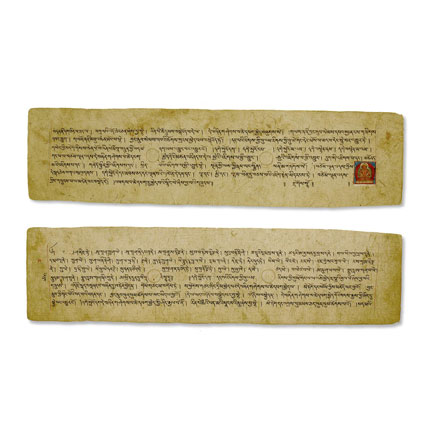 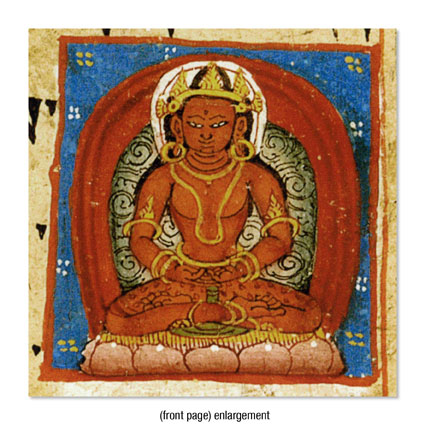 The folio is numbered on the illustrated front side as Volume kha, page don drug (76).

On the backside of this folio is a miniature painting of Amitabha (Tib. 'Od dpag med) seated in the diamond attitude (vajraparyankasana)and displaying the gesture of meditation (samadhi-mudra). He is clad in a cloth tied around the hips and secured by a belt, and wears jewelled ornaments, namely a three-pointed crown, a pair of earrings, a necklace, and pairs of bracelets on the upper arms, wrists and ankles. He is backed by a green cushion, and is encircled by a red coloured aureole, the head is set against a white nimbus. Amitabha is placed against a blue panel decorated with flowers within a red frame.