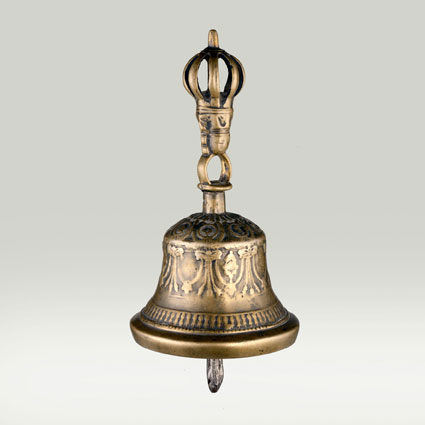 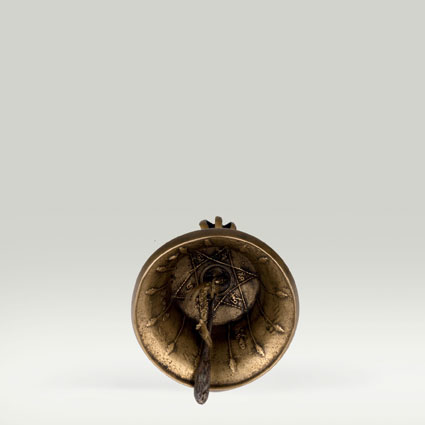 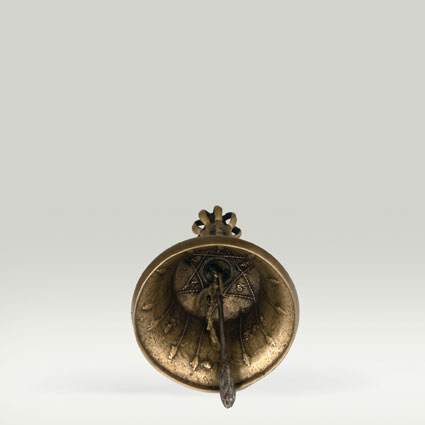 A bell can be eight, twelve, sixteen, eighteen or twenty-two finger-widths in height. Its base must be round, above which is a vase surmounted by the face of the goddess Prajnaparamita. Above these are a lotus, a moon disc and finally a vajra.

Paired with the vajra the bell represents wisdom, and as wisdom and method are an undivided unity so the vajra and bell are never parted or employed separately.