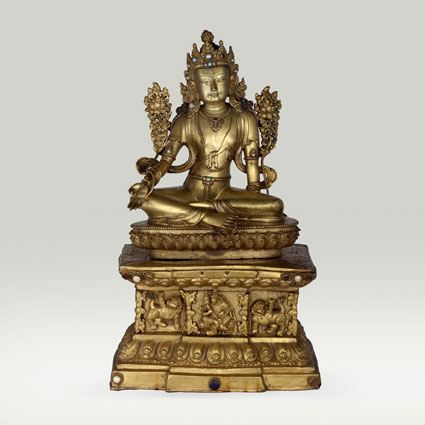 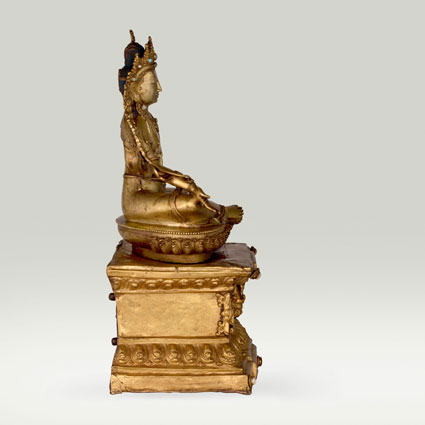 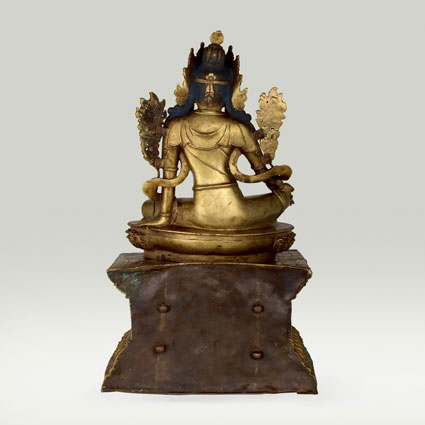 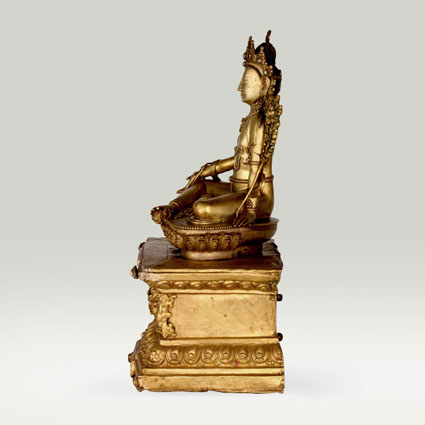 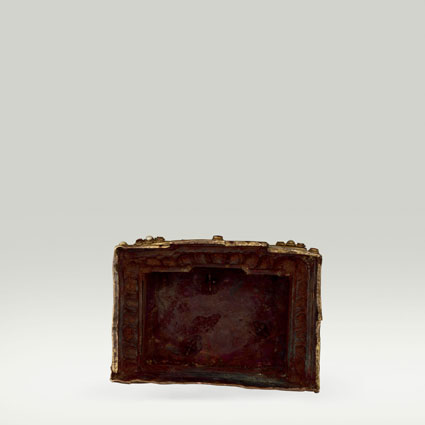 Description
Iconography
Hollow cast in one piece.
The jeweled ornaments are inset with a few pieces of turquoise.
The pedestal is sealed.

Avalokitesvara is seated in the attitude of royal ease (rajalilasana) on an oval, single lotus pedestal mounted upon a rectangular throne.
Avalokitesvara
(From Wikipedia, the free encyclopedia)