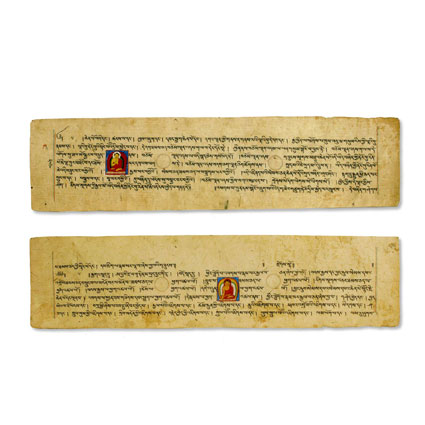 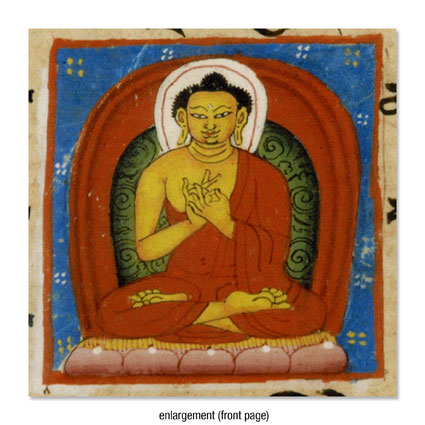 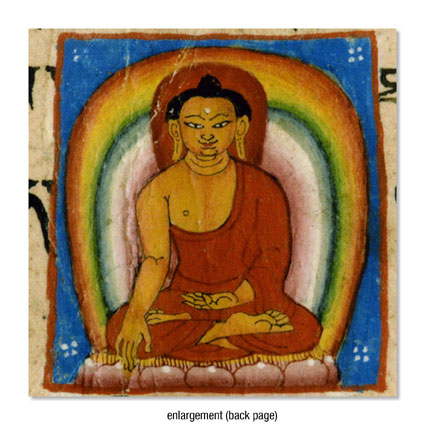 Distemper on paper.
Size of the illumination A: 4.6 x 4.4 cm (illumination B) 4.4 x 4.2 cm
Not restored: Paper, calligraphy and illumination are in original conditions.

The folio is numbered on the front side as Volume kha/ma, page zhe gnyis (22).